Álvarez-Pallete, chairman of Telefónica, has reviewed the results for the year 2019 at the General Shareholders’ Meeting, held remotely, and highlighted the company’s solid foundations and the role it has played in recent months as a social reference, proving to be a company that is “supportive, reliable and prepared for the future”.

Telefónica has helped to “keep the business, cultural, educational and employment activities of our societies alive. Even the health and administrative response to the emergency rested on our networks,” he said in his speech.

He explained that “if we have learned anything from this crisis is that digital infrastructure has been fundamental. We have witnessed that having the most powerful fibre network in Europe is not an anecdote; it is something essential at crucial times”. He added that “at a time when society was looking for references, they were found in healthcare personnel, in the police and military services, in the food supply chain and, of course, in communications.”. The chairman of Telefónica also stressed during his speech that “we were able to live up to this thanks to networks that have proven their robustness and have behaved with total stability and security. And because of our people, the people of Telefónica“. 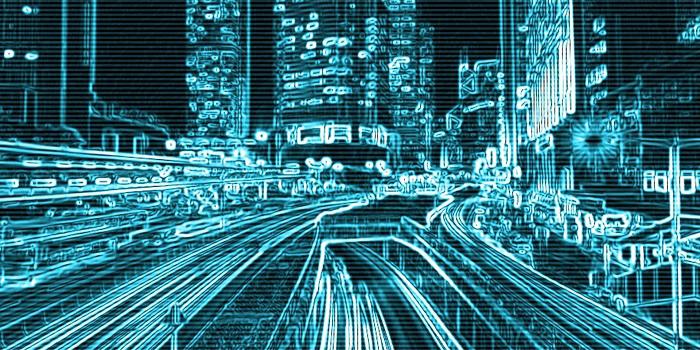 “We saw that we could help and we helped. We felt we could do more and we did. We know that a company’s mission is to serve the entire community of which it is a part. And thanks to the clarity of our mission and our values, this crisis has brought out the best in Telefónica. Never has our purpose made more sense,” emphasized Álvarez-Pallete.

Given the crucial role played by the sector in this crisis, he called for unity of action to ensure that the population has access to technology, preventing social inequalities from worsening.

Álvarez-Pallete stressed that “promoting the digitalisation of the Spanish productive sector with technologies such as Cloud, Cybersecurity, Big Data and IoT, will increase its competitiveness, stimulating growth and employment.

This is particularly relevant in the case of SMEs, due to their great weight in the Spanish economy and their low level of digitalisation. That is why it is so important to include in the Digital Pact the support to these companies in their digitalisation process”.

According to Telefónica’s chairman, this Digital Pact implies a new dialogue between governments, civil society and the business world, in order to manage digital transition placing people at the centre.

Telefónica, as a digital and technology company, has shown itself to be part of the solution, both from the critical response of its networks and from the commitment of its human team to customers, suppliers and shareholders, and to society as a whole.

“The pandemic has interrupted many things,” said Álvarez-Pallete, “but many others were set in motion. It accelerated our plans for change. Our teams’ resilience and ability to work in adverse conditions was demonstrated. It became clear that Telefónica was ready for challenges that no one had imagined. The quality of our corporate governance and the commitment of our board of directors was evident. And, above all, it strengthened the bond that unites the owners of this company, its shareholders, with those who manage it”.

In his speech, Álvarez-Pallete also reviewed the main achievements of the past year and the fulfilment of financial and non-financial commitments and objectives.

The former, thanks to the consolidation of the growth path, solid cash generation and debt reduction, of up to 15 billion euros from 2016. The latter, thanks to the company’s leadership in environmental, social and corporate governance factors, to the inclusive and sustainable growth and to the progress in the company’s commitment to the environment, helping to decarbonise the economy with various digital solutions and fibre networks.

“We reaffirm ourselves as an engine of social progress. In 2019 our activity had an impact on the GDP of the countries where we operate of more than 52 billion euros, we generated 1.1 million direct and indirect jobs and we made a fiscal contribution of almost 9 billion euros”, he detailed

He also stated that “for 2020, our financial objective is to optimise cash generation. We have a solid balance sheet and a strong liquidity position to face the ups and downs of this crisis. We will continue to invest, while reducing debt and maintaining an attractive and sustainable dividend”. Álvarez-Pallete finally detailed the progress of the implementation of the New Telefónica, presented in November based on five major strategic pillars to generate value and impact on the group’s different stakeholders.

Advances such as the agreement reached during the pandemic with Liberty to merge O2 and Virgin Media in the UK, the acquisition of over 10,000 sites from Telefónica Deutschland by Telxius, or the adoption of Cloud or Cybersecurity agreements.