Realizing the full potential of Network Function Virtualization, Alcatel-Lucent is all set to deploy its virtualized radio network controller in Etisalat Group’s access network in both the United Arab Emirates and Sri Lanka.

The deployment will be a first of its kind in the countries, and will enable Etisalat to benefit from the greater flexibility and efficiency in its RAN (radio access network) operations afforded by NFV (network functions virtualization), lowering operational costs while meeting escalating demand for data from its subscribers.

As part of Etisalat’s network modernization program, Alcatel-Lucent is initially deploying the 9771 Wireless Cloud Element Radio Network Controller (WCE) in Etisalat’s network in the UAE, following in Sri Lanka during 2015. Earlier this year Etisalat became the first operator to deploy the WCE platform, in Mobily’s Saudi Arabia network. Such reach – Etisalat is one of the largest telecommunications operators in the Middle East, Africa and Asia, operating in 18 countries – will set the stage for further cooperation between the organization and Alcatel-Lucent on NFV (network functions virtualization).

Alcatel-Lucent is committed to accelerating industry development of NFV, through active participation in the ETSI NFV advisory board and collaboration with other industry leaders such as Intel and members of the CloudBand™ Ecosystem Program.

In addition to the virtual Radio Network Controller, Alcatel-Lucent has already announced virtualization of a wide range of network functions, including evolved packet core (vEPC), IMS (vIMS), service routing (VSR) and Content Delivery Network (vCDN). Its NFV leadership is underpinned by participation in over 65 customer virtualization projects and over five years of development of the CloudBand 2.0 NFV platform and its extensive Nuage Networks SDN capabilities, which further build on its strategy of delivering a complete range of networking solutions for a software-driven world.

Hatem Bamatraf, Chief Technology Officer of Etisalat Group, said: “We are focused on meeting the growing and diverse data demands of our customers in a very innovative and efficient way. Following the successful deployment of the WCE in the Mobily network in Saudi Arabia we are pleased to continue our work with Alcatel-Lucent and leverage its cloud expertise to continue to deliver the high performance our customers expect even as their demands grow further.”

Amr K. El-Leithy, President of Middle East, Africa, Turley and Azerbaijan, said: “This deployment shows Alcatel-Lucent’s continued commitment to innovation in the area of virtualization of our wireless portfolio. Our carrier-class, real-time, signalling software of the WCE leverages our cloud expertise and will bring greater efficiency and flexibility to the control of the radio elements in Etisalat’s network.” 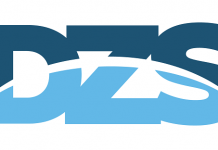 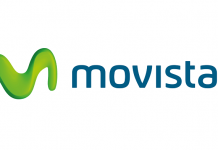