Home 4G Airtel Rolls Out its 4G Services in Erode

Continuing its 4G roll out, Bharti Airtel Limited (“Airtel”), has announced the commercial launch of its high speed 4G services in Erode.

Now, customers across the country can experience high speed wireless broadband on Airtel 4G and get on to the digital superhighway to enjoy uninterrupted HD video streaming, superfast uploading and downloading of movies, music and images. Airtel 4G is available to customers across a range of smart devices including mobile phones, dongles, 4G hotspots and Wi-Fi dongles.

Commenting on the launch of Airtel 4G in the city, George Mathen, Hub CEO – Kerala & Tamil Nadu, Bharti Airtel said, “As customers in India show an increasing propensity for consuming data services, we at Airtel are excited to take the lead in introducing the market to the power of blazing 4G speeds. We recently launched “Project Leap”, our national network transformation drive, and look forward to augmenting our 4G presence to more regions like Erode and deliver a compelling network experience for our customers now and in years to come”.

Airtel has led the 4G story in India, having launched India’s first 4G network in Kolkata in April 2012. On 6th August 2015, Airtel announced that its 4G services were available in 296 towns across India. Prior to that, Airtel had successfully conducted trials of its 4G services in select cities and leveraged feedback from customers towards strengthening its service experience.

Customers can enjoy Airtel’s recently launched carrier agnostic mobile app – ‘Wynk Movies’ – a first of its kind movie mall that will offer a specially curated library of thousands of movies and other popular videos. Additionally, customers can leverage a host of strategic initiatives announced by Airtel as part of its national 4G rollout.

· 4G at 3G prices: Airtel customers can enjoy 4G at 3G data prices with packs starting at INR 28. In addition, with every 4G SIM swap, Airtel is offering six months of unlimited music streaming and downloads on ‘Wynk Music’ and five free movies per month for six months on the Eros Now channel of ‘Wynk Movies’.

· Home delivery of SIMs and postpaid connections in four hours

· Flexpage: This breakthrough technology is an automated platform that allows customers to track their data usage and get real time usage alerts. With Flexpage, customers can also upgrade their mobile plan on the go, as and when they exhaust their monthly data quota.

· Alliance with Flipkart: Numerous 4G devices on Flipkart are now bundled and delivered with Airtel 4G SIMs. Customers can choose from a range of 4G devices (from brands like Samsung, Xiaomi, Motorola, Lenovo, Asus and Huawei) and enjoy a host of attractive Airtel 4G data benefits. 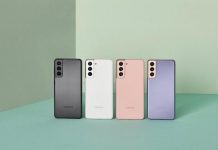 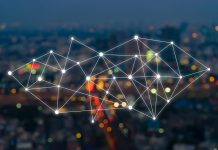 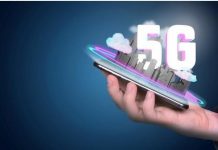