Home 4G Airtel to provide additional PoIs to Jio, to serve over 15 million...

Bharti Airtel (“Airtel”), India’s largest telecommunications services provider, has announced that following its bilateral discussions with Reliance Jio (“Jio”), it will provide additional PoIs to Jio. Airtel had extended an invitation to Jio to discuss its requirement of additional PoI.

In a media statement, the company has said that Airtel is a responsible organization committed to complying with the regulations and the Interconnect Agreements in letter and spirit and will continue to be so.

Airtel has been providing PoIs to Jio, well ahead of the commencement of its commercial operations. With the latest augmentation, the total number of PoIs will become 3 times the present number of PoIs. Based on the current traffic pattern with all other operators, this capacity is sufficient to serve over 15 million customers, which is significantly higher than Jio’s existing customer base.

Having agreed to release the PoIs, Airtel said it would also need to take cognizance of the massive asymmetry in the volume of traffic between the two networks and ensure that the quality of service for Airtel customers is not impacted.

Airtel expressed hope that the TRAI will look into the issue of asymmetric traffic on an urgent basis and ensure that massive volumes of free calls terminating on Airtel’s network do not adversely impact its network. 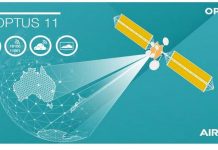