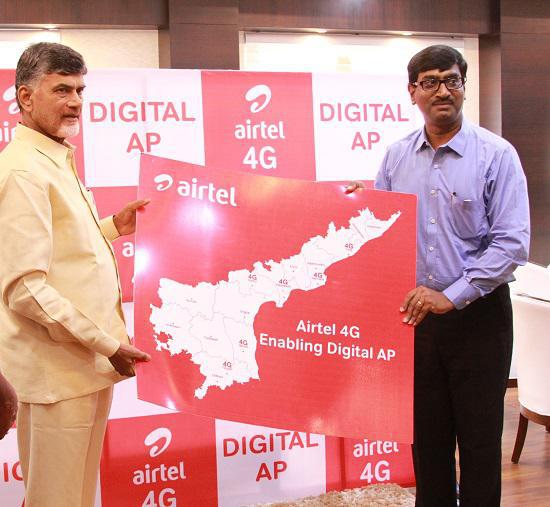 With this launch, customers across these five cities can experience high speed wireless broadband on Airtel 4G and get on to the digital superhighway to enjoy uninterrupted HD video streaming, superfast uploading and downloading of movies, music and images. 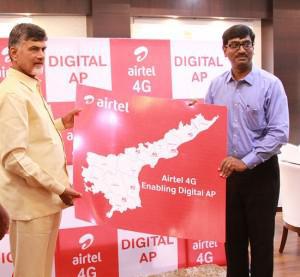 Commenting on the launch of Airtel 4G, Chief Minister, Government of Andhra Pradesh, N. Chandrababu Naidu said, “With the Government’s vision to transform the state into a digitally empowered society and knowledge economy, I congratulate Airtel for taking the lead and introducing super-fast mobile internet services to the citizens of Andhra Pradesh. With the world-class services of 4G, I am certain that the Government will work towards making every household digitally literate with a goal to make the state of AP a Global Knowledge hub.”

Venkatesh Vijayraghavan, CEO – Andhra Pradesh & Telangana, Bharti Airtel said, “As customers in India show an increasing propensity for consuming data services, we at Airtel are excited to take the lead in introducing these new towns to the power of blazing 4G speeds. With the help of the feedback received from the beta launches, we have now built India’s first commercial 4G network. Today, as we launch Airtel 4G for our customers in these 5 towns of Andhra Pradesh, they will be uniquely positioned for a superlative 4G experience.”