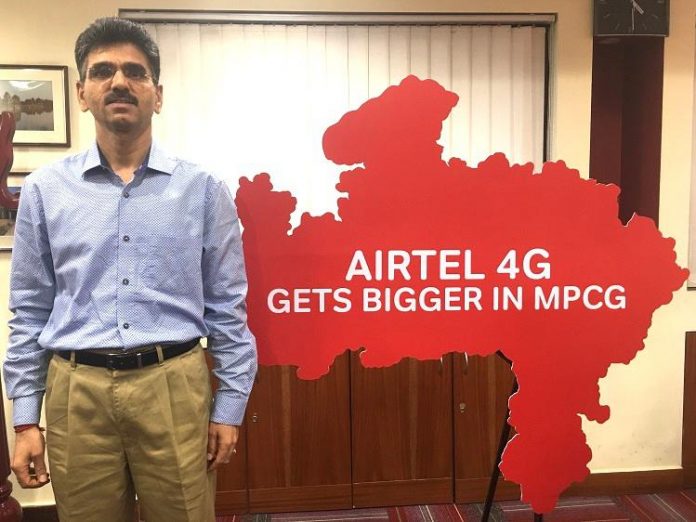 Bharti Airtel (“Airtel”), India’s largest telecommunications service provider, is all set for a massive network roll-out plan for Madhya Pradesh & Chhattisgarh for the financial year 2018-19 with an aim to enhance its data capabilities and expand its footprint in the region.

Deployed as a part of its network expansion program – Project LEAP, Airtel plans to add over 9500 new mobile broadband sites and 4000kms of optic fiber across Madhya Pradesh & Chhattisgarh in FY 2018-19.

While stepping up the data capacities and taking services deeper into rural and unconnected areas, the new roll-out plan would ensure a deployment of one new site every hour on Airtel’s future-ready network in the region.

With this roll-out, the number of mobile sites of Airtel in Madhya Pradesh & Chhattisgarh would go up by 30% to 26,000, further enhancing its network capabilities with regard to data speed and voice quality. The addition of fresh optic fiber would extend Airtel’s fiber backbone to 22,000 KMs, supporting the growth of high speed data services in the region.

Dharmender Khajuria, Chief Executive Officer – Madhya Pradesh & Chhattisgarh, Bharti Airtel said, “As the country’s leading mobile service provider, we are committed towards ensuring the best-in-class mobile broadband experience to our users. We will continue to invest aggressively in the region and take our network capabilities to the next level deploying over 26,000 mobile sites by the end of this financial year. Our efforts will also significantly contribute towards the Government’s vision of Digital India.”

The expansion plan for FY 2018-19 follows a fruitful FY 2017-18 which witnessed over 5200 new sites being deployed across Madhya Pradesh & Chhattisgarh, extending Airtel’s mobile broadband footprint to 34000 towns and villages in the region.