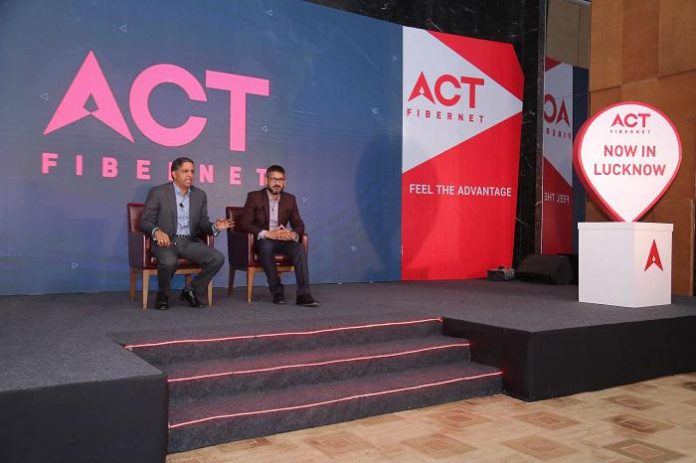 As part of the company’s new brand strategy ‘Feel the Advantage’, ACT Fibernet has introduced unique broadband plans bundled with futuristic broadband speed and technology that will enable residents of Lucknow to experience world-class internet services.

Additionally, customers subscribing to any of the broadband plans for 6 months will get 1-month complimentary internet connectivity along with 300 GB additional data over the subscription tenure.

Similarly, for customers subscribing to the 12 months plan will get an additional 2 months complimentary broadband connectivity with 1200 GB additional data over the subscription tenure. As an introductory offer, ACT Fibernet is waiving off installation charges on all the plans for the first 30 days post the launch.

Speaking on the launch Bala Malladi, CEO, Atria Convergence Technologies Ltd. said, “We are excited to bring our services and high-speed broadband connectivity in Lucknow. Known as a multicultural city with a thriving urban population, it is one of our focus markets to expand and strengthen our presence in North India. We are confident that with our new offerings customers here will feel the advantage of speed and explore a whole new dimension of home internet experiences”

India, is witnessing a fervent demand for high-speed broadband, owing to the high data consumption among consumers. The number of broadband subscribers in India has added over 65 Lakh new broadband subscribers between November 2018 and December 2018 alone, as per a recent report and it is estimated by 2020 internet penetration is set to reach over 600 million users. ACT Fibernet has always been at the forefront to support innovation and technology with its initiatives enabling build a digitally empowered nation.