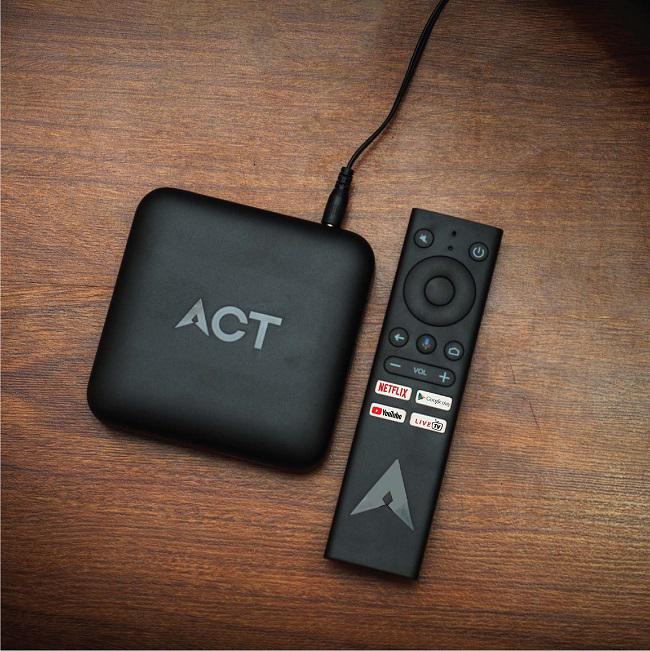 In line with the company’s philosophy ‘Feel the Advantage’ ACT Fibernet is bringing the futuristic entertainment streaming 4K box for its customers beginning 2nd August 2019.

Some salient features of the box include

Single click subscription: Customers can subscribe to premium content from existing OTT streaming partners and channels and pay for their subscription directly as part of the ACT Fibernet monthly bill.

Catch up TV: Customers can catch up on their favorite TV shows, matches and highlights for upto 24 hours.

The ACT Stream TV 4K box is priced attractively at INR 4499, and as a special launch offer the device will be available at a refundable deposit of only INR 1500 on select plans across four cities.

Users will also get complimentary 1 month Zee5 and 2 months HOOQ subscription and access to premium Live TV channels on complimentary basis until 31st of December 2019.

Lastly, in Chennai, residents subscribing to ACT Blast Promo, ACT Storm, ACT Lightning, ACT Thunder, ACT Incredible and ACT Giga subscription can avail the device. All plans are available at a monthly, 6 months and 12 months variants to suit the need of customers.