The ADVA FSP 150-GE110Pro Series is a unique multi-layer service demarcation solution that has been specifically engineered to enable network operators to smoothly introduce NFV-based services.

This new technology is built around openness, security and service assurance – critical components for NFV-optimized Network Interface Devices (NIDs). The ADVA FSP 150-GE110Pro Series is currently in trials with a number of network operators and will be commercially available later in 2015. 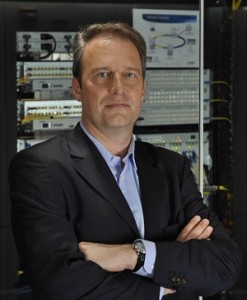 “We’re reaching a key juncture in the migration to service-centric networks. The decisions the industry makes this year will have far-reaching implications,” said Christoph Glingener, CTO, ADVA Optical Networking. “That’s why we’re launching our ADVA FSP 150-GE110Pro Series today. Over the past decade, we’ve developed a clear lead in the NID space and we’ve used all of our expertise and insight to take demarcation technology to the next level. Introducing NFV into existing networks is no small task and it’s vital that network operators get this right. They need NIDs that are capable of introducing Virtual Network Functions (VNFs) on central servers but also hosting those appliances on the demarcation device as we showed at the MPLS SDN World Congress earlier this year. We enable operators to host at any location, ensuring cost and performance optimization.”

The ADVA FSP 150-GE110Pro Series enables network operators to offer true multi-service access by combining the demarcation of Carrier Ethernet 2.0 and IP services in one network element. This single box also features ADVA ConnectGuard™ Ethernet technology – a security suite that is critical in an NFV environment to ensure that stringent privacy requirements are met.

What’s more, the ADVA FSP 150-GE110Pro Series reflects ADVA Optical Networking’s commitment to building best-in-breed open technology. It has been developed on a fully open and standardized architecture, ensuring that it’s not limited to vendor-specific orchestration solutions. This openness is vital to network operators that want to build the best possible NFV platforms.

“Every aspect of our new ADVA FSP 150-GE110Pro Series has been jointly developed with key network operators. Every step has been taken together,” commented Stephan Rettenberger, VP, marketing, ADVA Optical Networking. “That’s what makes our technology stand apart. Our number one position in the NID space gave us a head start on the rest of the industry. When we began developing our NFV technology, we already knew the critical components the industry wanted – openness, security and service assurance. These are the cornerstones of our product. The response to our new technology has already been enormous and clearly reaffirms our NFV strategy. It’s going to be an exciting few months ahead as we move from trials to deployment.” 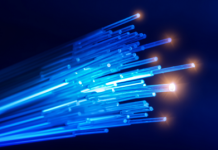