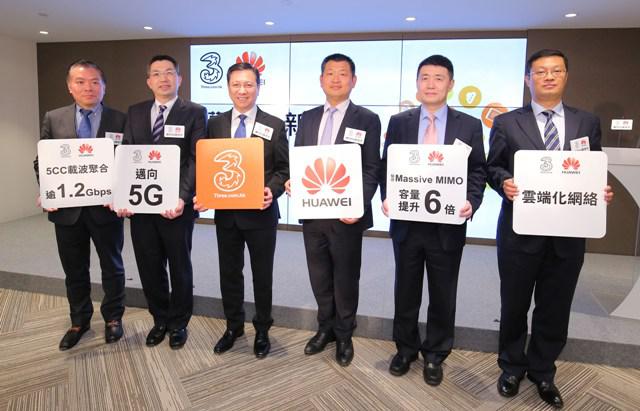 3 Hong Kong, the mobile communications division of Hutchison Telecommunications Hong Kong Holdings Limited, and Huawei are set for a series of network upgrades.

Deploying Huawei’s advanced technologies over the next few years, 3 Hong Kong will boost its network capacity and coverage to meet rising customer demand for data and prepare for the high-speed and high-capacity 5G era.

Enhancing network capacity, coverage and speed to prepare for a 5G world

The coming 5G era will enable virtual reality, augmented reality and Internet of Things (IoT) applications, driving data usage to new heights. According to a global forecast by Huawei Wireless X Labs1, average data usage is expected to increase rapidly from 8GB per user per month in 2020 to 1GB per day in 2025. Network operators will have to boost network capacity and speed to cope with this surge in data volume in the new 5G era.

“As we move towards the 5G and IoT era, 3 Hong Kong is actively deploying 5G technologies and upgrading its existing network architecture,” said Cliff Woo Chiu-man, Executive Director and Chief Executive Officer of HTHKH. “In addition to using CA technology with 5CC, we have conducted research and carried out trials for various technologies, such as small cell installations, network cloudification, network function virtualisation (NFV) and Massive MIMO towards the 5G era. These efforts will enable the timely launch of services to meet market demand as soon as the 5G standard and Hong Kong’s spectrum plans are confirmed.”

“As a leading ICT player, Huawei has been researching relevant technologies since 2009 and increasing our investment in this area. Network cloudification has been a recent focus for us, as this is a prerequisite for the future deployment of 5G networks. We have gained extensive experience in network cloudification and commercial applications of the technology,” said Dr Zhou Yuefeng, Chief Marketing Officer, Wireless Network Product Line of Huawei Technologies Co. Limited. “Huawei is honoured to collaborate with 3 Hong Kong to create a full cloud network.”

Completing the re-farming of 2100 MHz spectrum in 2H 2017, with planned deployment of CA technology with 5CC by year-end. Maximum network speed can reach over 1.2Gbps with compatible handsets.

Against this backdrop, 3 Hong Kong will leverage CA technology to deploy an evolved network with 5CC. This will give customers a superior mobile service experience. To provide the necessary higher bandwidth, 3 Hong Kong will combine 1800 MHz, 2100 MHz, 2300 MHz x2 and 2600 MHz spectrums with Frequency Division Duplex (FDD) and Time Division Duplex (TDD) 5CC CA technology, along with 4 × 4 MIMO and 256 Quadrature Amplitude Modulation (QAM) technology. With compatible terminals that support the relevant technologies, customers will be able to enjoy data download speeds of over 1.2Gbps, which is several times faster than the current network. For example, this will allow users to download a 90-minute Blu-ray film in as little as five minutes. 3 Hong Kong plans to launch the respective network by the end of 2017. The new network is expected to better meet demand for innovative applications in the IoT era as devices that can support 5CC FDD and TDD standards become available.

While continuing to enhance its 4.5G network, 3 Hong Kong has also begun planning for the deployment of 5G technologies in order to facilitate the swift launch of services as soon as the relevant technology standard is confirmed. Global best practice in development planning for 5G technology emphasises network cloudification and network capacity.

Huawei is making network cloudification possible with the introduction of advanced technologies such as CloudEdge, CloudRAN and CloudAIR.

These three technologies help network operators integrate core networks, wireless access networks and spectrum, and quickly set up new network architectures and specifications to meet current and future demand for communications services while maximizing network efficiency. 3 Hong Kong and Huawei have already deployed CloudEdge technology on the 3 Hong Kong core network, and they are now applying CloudRAN technology to its wireless access network. The deployment of CloudAIR technology is also in the pipeline to ensure complete cloudification.

3 Hong Kong is also developing Massive MIMO technology, which serves to enhance network capacity. A Massive MIMO base station with 2300 MHz TDD was built in Causeway Bay and numerous field tests were conducted on this 5G technology during a large-scale public event.

Test results show that Massive MIMO base stations offer more than six times the capacity of traditional 4G base stations with the same spectrum specifications on a TDD single carrier of 20 MHz bandwidth.

Through a number of tests and validations, the technical team has become proficient in deploying the Massive MIMO technology in a densely populated environment with heavy data traffic, as well as adequately controlling dramatic fluctuations in footfall and data volume in a real-life setting.

3 Hong Kong plans to continue the deployment of this technology in prime locations within the year, and will work closely with Huawei to explore the feasibility of deploying FDD Massive MIMO to enhance spectrum efficiency. 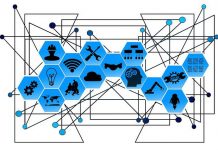