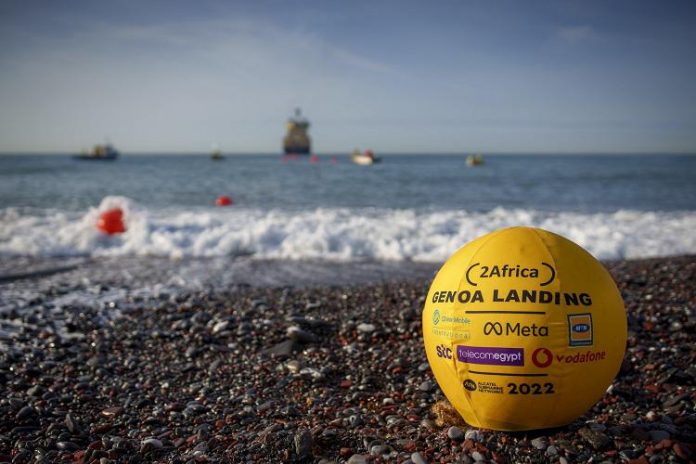 The 2Africa consortium, comprised of China Mobile International, Meta, MTN GlobalConnect, Orange, stc, Telecom Egypt, Vodafone and WIOCC, announced the first landing of the 2Africa cable – in Genoa, Italy. The landing sets the tone for more landings in the coming months as the cable is extended to a total of 46 locations by the completion of the project in 2024.

At 45,000km, it will be the longest subsea cable ever deployed, serving communities that rely on the internet for services from education to healthcare and business, with all experiencing the economic and social benefits that come from this increased connectivity.

Vodafone, the 2Africa landing party in Genoa, has partnered with Equinix to land the cable directly into the Equinix Carrier Neutral Data Center (CNDC), with Retelit delivering the fronthaul. As with all 2Africa cable landings, capacity will be available to service providers in Genoa on a fair and equitable basis, encouraging and supporting the development of a healthy internet ecosystem.

Good progress on the survey work and manufacturing continues with the 2Africa project remaining on track for completion in 2024.

Meta builds technologies that help people connect, find communities, and grow businesses. When Facebook launched in 2004, it changed the way people connect. Apps like Messenger, Instagram and WhatsApp further empowered billions around the world. Now, Meta is moving beyond 2D screens toward immersive experiences like augmented and virtual reality to help build the next evolution in social technology.

The MTN Group launched in 1994 is a leading emerging market operator with a clear vision to lead the delivery of a bold new digital world and is inspired by the belief that everyone deserves the benefits of a modern connected life.

Embracing the Ambition 2025 strategy, MTN is anchored on building the largest and most valuable platform business, with a clear focus on Africa. The MTN Group is listed on the JSE Securities Exchange in South Africa under the share code “MTN”.