Home 5G What Happened to the 5G Revolution? 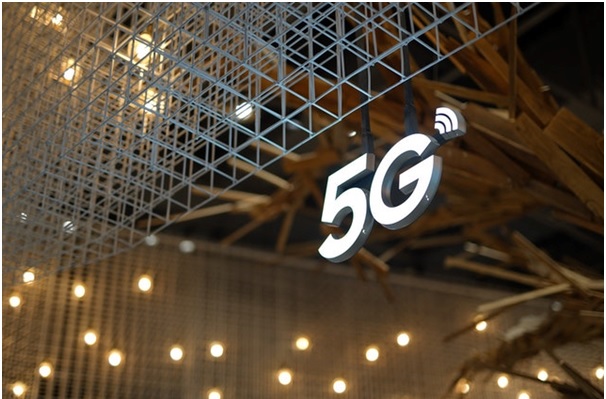 Since the beginning of its deployment back in 2019, 5G was touted as the next Big Thing for cellular networks and telecommunications in general. The mobile data volume keeps growing exponentially, by approximately 32% per year in North America,  the original promise of 5G made by telecommunications providers was to increase these volumes by nearly 1,000 times through breakneck speeds and bandwidth.

Providers presented 5G as a technology that would take mobile internet to the space age, offering connection speeds and capabilities several times more powerful than 4G. However, the switch to 5G isn’t going as expected, with both the deployment of the needed infrastructure and the adoption rate among users significantly lagging behind the expected projections. What went wrong?

The most tangible advantage over 4G that the 5G technology was supposed to bring is connection speed. Nearly every service imaginable can now be found online, and the world is growing more data-hungry by the second. Downloads are becoming bigger, online gaming bandwidth and speed demands are increasing, and users are looking for HD and 4K streaming capabilities. VPN usage is also on the rise, as people keep all their internet-ready devices protected and capable of accessing region-restricted content. All of these things created a real need among users for faster connection speeds.

This is especially true in America, as the country tarries behind other developed states when it comes to internet speeds. This is partly due to the sheer size of the US, which makes creating the necessary infrastructure significantly more difficult than it is in smaller states. As such, when telecommunications providers promised 10x increases in speed, up to 1 Gbps, this naturally prompted a spike in interest for this brand new technology.

However, promises were one thing and the reality is something different altogether. When we take a look at the average 5g download speeds compared to 4G, 5G sits around the 70 Mbps mark, compared to 4G’s 35-ish Mbps (depending on the provider. While speedier, this is a far cry from the 1 Gbps mark that was promised.

Part of the problem lies in the fact that the ultra-fast connection speeds for 5G are achievable on the mmWave frequency. Unfortunately, the mmWave signal has a short range and can’t go through physical barriers, preventing widespread home use. The alternative – Sub-6 frequency – is considerably easier to install as it only requires an upgrade on the existing network towers and has a much wider range. However, its speeds are also significantly worse. The key to proper 5G coverage is in mixing both these frequencies – something T-Mobile aims to do with its Ultra Capacity 5G initiative.

Another problem 5G providers ran into is that 4G companies also manage to provide speeds of over 100 Mbps. With access to speedy 4G internet, many users saw no reason to switch to 5G, especially as it requires buying pricier 5G-ready equipment. Providers have become desperate to attract users to their 5G packages, offering $1,000+ 5G phones for free in order to have people switch over.

Two other factors have had a significant impact on 5G adoption – world politics and conspiracy theories – which 5G providers have no real way of influencing.

In the midst of the newly-developing China-US Cold War, the US has moved to ban Huawei from installing its 5G infrastructure in the US. Not only that, but the US has also pushed its allies in Europe and elsewhere to do the same. This has had a serious impact on how quickly the required 5G infrastructure is being built around the world, slowing down the process to a crawl.

On top of that, conspiracy theorists claimed that 5G is responsible for a whole slew of evils, from spreading cancer and radiation to infecting people with COVID-19. While a minority, this is bound to have impacted worldwide 5G adoption further.

These are only some of the issues plaguing the 5G market. The launch of Elon Musk’s Starlink and the introduction of new Wi-FI standards like Wi-Fi 6 have brought significant improvements to internet speeds, all without 5G. Still, analysts remain hopeful, as projections state that 5G adoption will reach $1 billion in 2022. 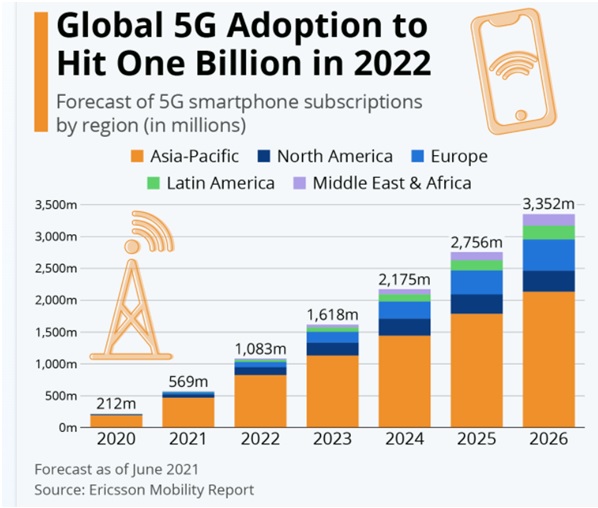 The fact that 5G requires much more infrastructure than 4G is probably the biggest problem so far. In order to make 5G widely available and stable, something it is yet to achieve, the number of 5G-ready masts needs to increase exponentially in the US. This, of course, requires a huge financial investment from providers, which they may or may not be ready to provide. The COVID-19 pandemic also had a discernible impact on the expansion of this infrastructure.

Telecommunication providers have invested over $100 billion in 5G so far, and this is yet to yield a return. This may make the providers even more reluctant to depart from more money to create the infrastructure needed for 5G to live up to its potential.

Lastly, the providers themselves are guilty of overhyping 5G capabilities. When the cold, harsh reality hit, users lost interest. This is not to say that 5G might not become the revolution it was prophesied to be, but for now it’s successes have been modest at best.