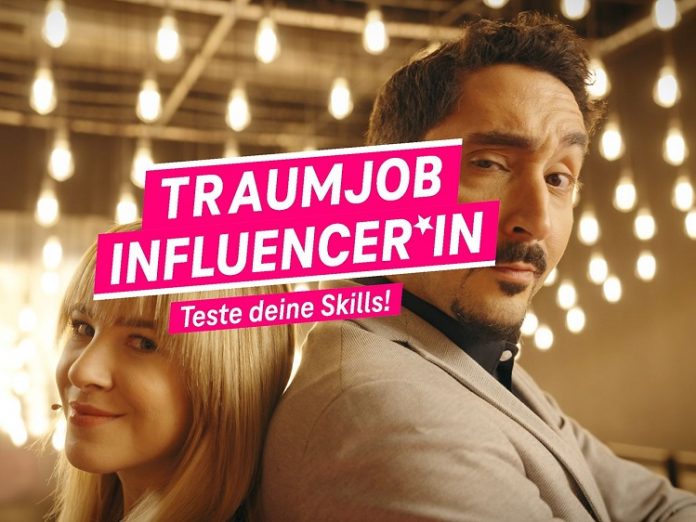 Hate speech, shitstorms, and cyberbullying are the order of the day online. And they can happen to anyone who is on the web for personal or professional purposes.

A high-profile campaign by Deutsche Telekom shows what online hate feels like. In it, Diana zur Löwen and Eko Fresh clearly show how online responses can change abruptly. With their involvement, the German influencer and the rapper have teamed up with Deutsche Telekom to explain how to deal with aggression and hate speech online. The project is available as a video on YouTube, Facebook, Twitch, Reddit, Instagram, and TikTok starting today.

In it, Diana zur Löwen and Eko Fresh moderate a feigned casting session for the “dream job: influencer”. Under controlled conditions and with psychological support, nine candidates are confronted with insults and defamation from a simulated online community. They experience how quickly online responses can change abruptly. The video is intended as a wake-up call, to educate and show how to confront hate speech online.

“Everyone deserves praise. We should try more to big each other up instead of tearing each other down,” says Eko Fresh. Diana zur Löwen, who has had to deal with online hate herself, would also like to see more solidarity: “I wish someone had taken my hand and showed me how to deal with online hate. When you encounter hostility, you shouldn’t have to deal with it by yourself. It’s important to think about what hate does to people and to show victims how they can defend themselves.”

Diana zur Löwen and Eko Fresh have millions of fans on Instagram, YouTube, and other social media. But even they know the dark side of the internet. As part of its #TAKEPART – No hate speech initiative, Deutsche Telekom has gathered five tips for victims and readers of hate speech, which the two share:

Don’t look away, push back: If everyone said “someone else will do something,” then no one would do anything.

Report hate speech: You can either report directly to the platform provider or use report pages like the one by the BKA (“respect!”) or hasshilft.de. Another option is to file charges at your local police precinct.

Raise objections: The important thing is to make clear that you’re not trying to win over the haters. You are writing more for the silent, often doubting readers and making a statement for them.

Push back with love speech: This involves generally positive, respectful wording. This approach lets you contribute to the discussion proactively and autonomously anywhere on the internet.

Offer the victims support: A lack of support and solidarity hurts at least as much as the hatred itself.

Deutsche Telekom and 44 partners have long taken a stand against hate speech and for more digital courage. The aim of the #TAKEPART – No hate speech initiative is to enable everyone to benefit from the possibilities that digitalization offers – without fear of exclusion or hate speech.

Barbara Costanzo, Vice President Group Social Engagement Deutsche Telekom, says, “Online hate not only aims to drive victims away from the digital sphere. It also harms people who aren’t affected directly, but also feel attacked as part of a discriminated group or minority.”

Together with partners like #ichbinhier, Teachtoday, Freunde fürs Leben, and many more, Deutsche Telekom provides information, sheds light on the subject, and shows how people can successfully defend themselves against hate speech and bullying. The initiative also offers help to the victims and encourages readers to speak up.