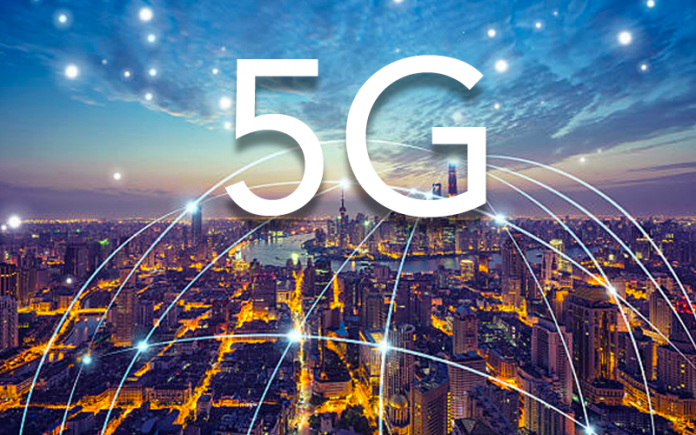 TIM, together with Nokia, has completed full coverage of the Republic of San Marino with the 3GPP Rel15 standard network, reaching more than 99% of the territory and of the population and thus certifying one of the oldest republics in Europe as the first 5G full-coverage State.

The Republic of San Marino is not only the famous historic centre concentrated on Mount Titano and visited by tens of thousands of tourists each year, but also residential, industrial and agricultural areas. It is therefore a complete example of a coverage scenario in which TIM and Nokia chose various solutions suited to different requirements.

More specifically, the coverage is provided by eight macro sites which have 3500 MHz antennas and some at 26 GHz. Very shortly, 5G prime small cells will be installed to increase the coverage in areas where there is a strong presence. All the sites are equipped with “Massive-MIMO” technology, an antenna capable of handling dozens of incoming and outgoing radio signals simultaneously and dynamically adapting to the position of individual users and the traffic demand. Furthermore, Nokia’s end-to-end solution provides for the virtualisation of all the mobile network components, including radio access, one of the first cases in the world.

Extreme satisfaction with the objective achieved was expressed by the Secretaries of State “Today is an extraordinary day for our country. We are the first State in Europe to boast complete 5G coverage of its territory. An important result achieved thanks to the collaboration with the TIM Group and Nokia, who we thank for having believed in our country and having managed to complete this challenge” declared Andrea Zafferani, the country’s Secretary of State for Telecommunications.

“Today, San Marino has become a symbol of freedom and history as well as innovation and research”.

Marco Podeschi, Secretary of State for Culture, continued “We want to become a laboratory for companies, universities and research organisations, who will find the ideal environment in San Marino to develop products and services benefiting from next generation mobile networks”.

“We are particularly proud of the results achieved and the collaboration launched with the Government of San Marino” concluded TIM San Marino CEO Cesare Pisani “San Marino’s institutions have understood the importance of this moment and supported us along the path to excellence, making a decisive contribution to achieving this important result”.

Elisabetta Romano, TIM’s Chief Technology Officer commented “Completing the installation of the eight 5G sites in the territory of San Marino makes the Republic the first European country to be fully covered by the next generation network: a new record to which TIM has made a strong contribution thanks to the partnership with leading international companies, including Nokia, and the local authorities. This goal is part of TIM’s long-term 5G strategy aimed at enabling innovative solutions for Digital Society”.

“Nokia is ready to deploy 5G and we are proud that we could now deliver on this promise and be the 5G supplier in the first European country with full 5G coverage. Now, we are looking forward to continue working with the local ecosystem to test and develop new services based on 5G” added Massimo Mazzocchini, VP Mediterranean and Italy Country Senior Officer at Nokia.

5G will be an enabling factor for a series of services able to revolutionise the lives of citizens and businesses, creating environments where everything will be smarter and more connected. Thanks to this new technology, TIM has set itself the ambitious objective of leading technological development in the country, working with qualified partners to launch the implementation of advanced connectivity services and services related to the Smart City (public safety, parking, environmental monitoring), healthcare, tourism and culture, in addition to uses for media, education and virtual reality.

In Italy as well, with the award of the 5G frequencies auctioned by the Ministry of Economic Development, in which TIM played a leading role and was awarded a 3700 MHz block for a total of 80 MHz, a 26 GHz block for a total of 200 MHz, and two 700 MHz blocks, for 2.4 billion euros. This result enables TIM to consolidate its leadership in Italy. The new frequencies acquired represent a fundamental asset for the company’s future development and, at the same time, the growth of the digitization of Italy.