Home Africa Why SDN, NFV and Ethernet Fabrics are Three Cornerstones of ‘The New... 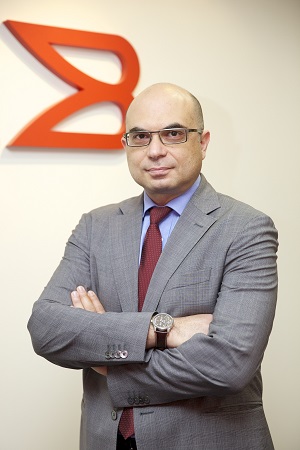 According to research analyst International Data Corporation (IDC) the ICT industry is undergoing accelerating transition to the 3rd Platform for innovation and growth. The first platform was the mainframe computer.

Today the 3rd Platform is being built on mobile computing, social networking, cloud services, and Big Data analytics technologies. This 3rd Platform is inextricably linked to The New IP – a state-of-the-art, virtualised IP underlying network platform that provides a more dynamic, automated capability based on leveraging software and virtualisation, allowing customers to exploit best-of-breed technologies, based on open architectures and open ecosystems, and not be locked into any one vendor.

A flexible, efficient and intelligent network affords organisations greater agility, reduced time-to-market, increased reliability, and a serious reduction in the power and space used in the data centre.

SDN refers to the separation of the part of the network that is responsible for routing and directing traffic (known as the control plane) from the part that carries the traffic itself (known as the data plane). The goal is to allow organisations to respond rapidly to changing business requirements. By simplifying how network resources are deployed and managed, SDN gives businesses far greater control of their data and applications and makes network management simpler and faster.

SDN is still in its infancy but its potential is vast; IDC has predicted it will be a $3.7 billion market by 2016. By making networks smarter and simpler to manage, it will facilitate innovation throughout the enterprise, helping businesses to develop and deploy new applications and respond to changing market forces faster than ever.

Virtualization of Network Services through NFV

We will see network services virtualized, as a result of the introduction of virtual switches and routers. “NFV”, or Network Function Virtualization, represents an industry movement towards software or VM-based form factors for common data centre services. Customers want to realize the cost and flexibility advantages of software rather than continuing to deploy specialized, purpose-built devices for services such as application delivery controllers.

This is especially the case in cloud architectures where these services want to be commissioned and decommissioned with mouse clicks rather than physical hardware installations and moves. We are already seeing a shift towards open, more flexible, efficient, highly programmable and elastic network infrastructure solutions with key initiatives such as OpenStack and the Open Daylight Project making a big impact.

NFV and SDN will be fundamental to most provisioning strategies in future and are hugely important developments in networking. IDC has predicted that SDN will be a $3.7 billion market by 2016.

This provides the agile physical foundation that businesses need to drive change. Like building a house, you cannot do anything without stable foundations. Fabrics provide this in the data center, and they enable greater innovation across the rest of the business.

The New IP together with the three technologies that are at its core is still a relatively new concept. However as vendors continue to innovate at a feverish pace and customers find new use cases for the technologies, you can expect to see organizations make a rapid transition from legacy networks to the New IP as they aim to leverage their networks as a platform for innovation and a competitive advantage.