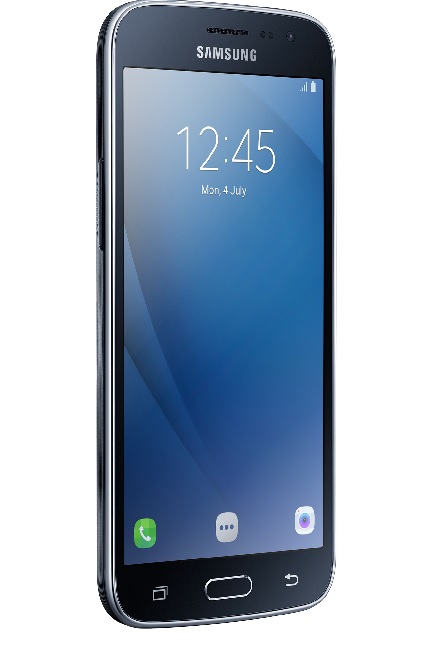 It is a variant of the recently launched Galaxy J2 2016 with an enhanced 2GB RAM and 16GB internal memory and will be available exclusively on Snapdeal.

The Galaxy J2 Pro is an addition to Samsung’s 4G enabled smart phones portfolio, which constitutes over 60% of the 4G market share in India today. Galaxy J2 Pro has been re-engineered, re-designed and re-loaded with new ‘Make for India’ features such as Turbo Speed Technology (TST), a revolutionary innovation which results in superior device performance, and Smart Glow, a next-gen colour LED notification system for the convenience of the user.

TST is an innovation which results in superior performance including native apps opening up to 40% faster than devices with double the RAM. Smart Glow consists of a first-ever LED notification ring at the back of the smartphone that addresses the growing consumer need of capturing superior selfies. Smart Glow assists in orienting the rear camera to take auto-focussed higher resolution selfies. It couples up as a notification system where colors can be customized for contacts and other applications.

“Samsung is constantly in the pursuit of bringing meaningful innovation to consumers. The Galaxy J2 Pro with Turbo Speed Technology is designed to provide superior device performance. Furthermore, the Smart Glow feature is an industry first that not only enables automatic rear camera selfies but also provides a fresh new design element and a host of other utility features,” Manu Sharma, Vice President, Mobile Business, Samsung India, said.

Tony Navin, Senior Vice President, Partnerships & Strategic Initatives, Snapdeal, added, “At Snapdeal, it is our endeavor to bring top products from the best brands to delight our customers. Samsung has been introducing a series of industry-first innovations and we were pleased to partner with Samsung to introduce the S bike mode innovation earlier this year. We are equally excited to partner with them for the Samsung Galaxy J2 Pro as we look to offer best-in-class products and features to our customers across India.”

Re-engineered with Turbo Speed Technology: Samsung has re-engineered the Galaxy J2 Pro with Turbo Speed Technology (TST). TST is a revolutionary innovation which results in superior device performance including native apps opening up to 40% faster than devices with double the RAM. Samsung has rewritten native apps such as camera, gallery, and contacts, etc. that are most frequently used by consumers. It also proactively shuts down idle processes running in the background and declutters RAM using its intelligent memory system to ensure resources like RAM and processor are free and ready to take on new tasks, thereby extending fastest in-class experience.

Re-designed with Smart Glow: The innovative Smart Glow in Galaxy J2 Pro is a next-gen color LED notification system that also enables the rear camera selfie camera mode. Users can use the Smart Glow LED ring to guide the rear camera for higher mega-pixel selfies with the Selfie Assist feature. Once the picture is positioned correctly and focussed, the enitre ring glows to alert consumers that the picture is ready and is captured automatically. Smart Glow also allows consumers to create and assign colors for up to four priority notifications of any app or contact. Additional utility benefits include alerts for a user if they are running low on battery, internal memory, or mobile data.