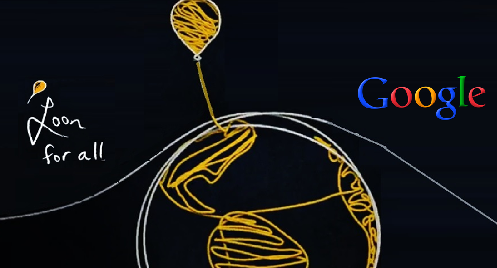 A larger fleet of Loon balloons is heading to Kenya after successful launches from Loon’s launch site in Puerto Rico, this week. These balloons will join the eight balloons that are already active and part of a network integration exercise in Kenyan airspace.

Upon arrival, this larger fleet of balloons will continue network integration testing with its local partner, Telkom Kenya, in preparation to begin serving users as quickly as possible. The recently launched balloons are expected to gradually begin arriving above Kenya, in the coming few weeks.

The Loon service, will seek to use its 4G/LTE Internet solution to connect unserved and under-served communities in Kenya. Initial coverage areas have already been identified, starting with Nairobi, Machakos, Nyeri, Nakuru, Kitui, Nanyuki, Narok and into Kisii.

“These balloons will be used to expedite integration testing of this pioneer LTE service. We will glean off insights from those tests to fast track integration of all other balloons that have been dispatched from Loon Inc.’s launch sites and are to arrive in Kenya over the coming few weeks. Once the balloons are in place, this new technology will complement Telkom’s ongoing strategy to further widen its network coverage, confirming the telco as Kenya’s preferred data network.”

“We’re extremely excited to be sending additional balloons to Kenya for further testing with Telkom, and we look forward to beginning to provide service in the near future. We’re very grateful for the support of the government and all Kenyans as we work to bring balloon powered Internet to Kenya as quickly as possible.”

The Journey to Kenya

The balloons, launched from Loon’s base in Puerto Rico, will make their way to Kenya by navigating wind currents 20km above the Earth’s stratosphere. At that height, winds travel in different directions at different altitudes. While the wind at 20km might blow one way, the wind at 19km might blow another. Rather than flying against the wind at a given altitude, the balloons move up or down to ‘hitch a ride’ on a favourable current. The balloons conduct this navigation autonomously, with constant human oversight, and have a lot of experience flying in the stratosphere. To date, the balloons have flown over 40 million kilometres – enough to make 100 trips to the moon.

Coming Back to Earth

An important part of deploying the balloons is ensuring their safe and secure journey back to the ground. The successful landing of a balloon begins before it is even launched. In the weeks before a balloon is scheduled to come out of service (decommissioning), Loon and Telkom will work closely with local air traffic control officials and ground partners to finalise this plan and prepare for the actual descent and landing. Extensive planning goes into securing landing zones, training in-country recovery partners, coordinating with officials on landing and recovery procedures, and developing landing plans to bring a balloon safely to the ground.

All of this preparation allows for a balloon to safely and efficiently land, when the time comes. To begin the process, the lift gas keeping the balloon aloft, is released and a parachute automatically deploys to control the descent to the ground. While the balloon is descending, Loon’s flight engineers are in communication with local air traffic control to ensure real-time coordination. Landing paths are designed to avoid established commercial aircraft flight routes, and transit time through the altitudes where other aircraft might operate is very limited. Nonetheless, the balloon is also outfitted with an ADS-B transponder that makes it visible to aircraft in the vicinity. The entire process from deflation to landing takes about 60 minutes.

Guided to the ground by its parachute, the balloon lands at relatively low speed – around 20 km/hour, or about the speed at which a skydiver might land. Once on the ground, specially-trained recovery teams collect the balloon and materials for analysis and recycling.

Landing zones for the Kenya deployment

For the deployment of balloons in Kenya, it is anticipated that some of the balloons will be navigated to Australia for landing purposes. Recovery zones have already been established in Australia, with Loon landing and recovering many balloons there.

Eventually, it is envisaged to begin landing balloons in Kenya, with the goal being to work with local partners around the country to ensure the safe and secure landing and recovery of the balloons. Telkom and Loon will determine landing areas in coordination with local partners and officials. Ideal landing and recovery zones are remote from both population centres and the flight paths used by commercial air traffic.

Telkom and Loon will also be pleased to work with local partners to recover landed balloons. Their knowledge of the local landscape and communities will be invaluable to Loon’s landing and recovery operations in Kenya. Loon takes the responsibility to be good stewards of the land seriously, and is committed, together with its partner Telkom, to operating safely and respectfully in the pursuit of expanding Internet access to those who need it.