Home Applications and Content Is the new MI Band 5 worth an upgrade? 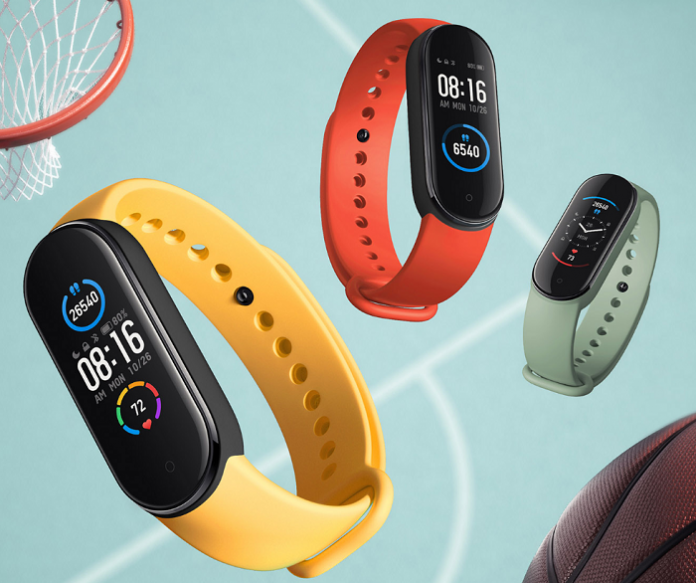 Xiaomi has launched its latest MI Band 5 in select geographies and is likely to reach India very soon – the product looks a lot like its predecessor. There undoubtedly are a few tweaks and enhancements done. It offers a plethora of features at a not so premium price point.

The MI Band is a top-rated series of fitness trackers. It does not cost as much, when compared to similar products from other popular brands such as Fitbit. This time, the buzz is about the SP02 tracker, which is capable of monitoring our blood oxygen levels. But how different it is from its predecessor? Let us find out.

To begin with, we get a 1.1” AMOLED (126×294) display, with smaller bezels. It is an upgrade over the last model, which sported a 0.95” screen. You can manually adjust the brightness, up to 450nits. Surprisingly, the color production is excellent. You would have no problem in viewing the screen under direct sunlight. Above the screen is a 2.5D reinforced glass. 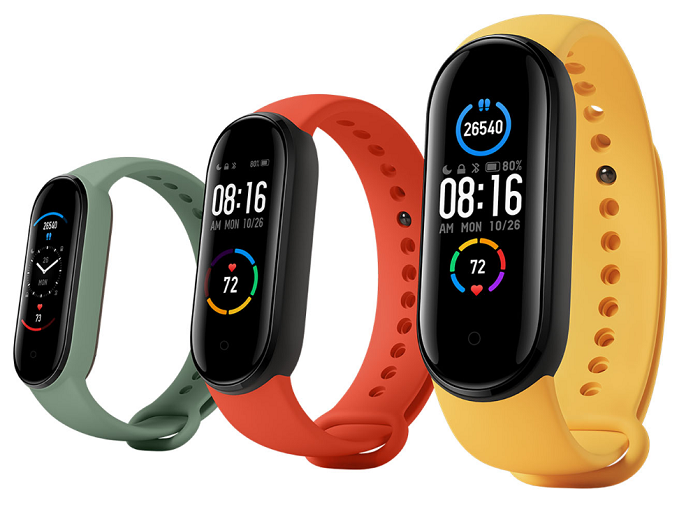 Around 100 new watch faces make the MI Band 5 more customizable than ever. You might set your favorite cartoon as your wallpaper. The capsule that carries all the sensors is made up of PC Plastic. The TPU strap is comfortable and has a rigid lock. It would not slip off your hand at any given point. Until the last model, straps were available in minimal colors. Nevertheless, this time, Xiaomi has launched six original colors. You can buy them on the official website.

In the earlier versions, the capsule had to be taken out of the silicon band for charging. The charger that comes with the new device clips on, magnetically.

The previous generation of MI Band had a total of 6 sports modes. This time, there are 5 additional modes added. Now the fitness tracker is capable of detecting weight training, jump roping, indoor cycling, and yoga. The device can also record regular swimming, freestyle and treadmill stats. It is water-resistant – up to 5 ATM.

The 100mAh battery would last you around two weeks on a full charge. The band connects to via Bluetooth 5.0. You would also have to download the Mi Fit app for better functioning.

How will this device make things easier for you?

You can read a text message from WhatsApp or a notification from Instagram. You can also reject or mute an incoming phone call. While connected, it can also control music playback, volume and can act as a shutter button for the camera on your phone. Additionally, you can also get weather updates and set alarms on your wrist. Not mentioning the standard calorie and distance monitoring.

The blood oxygen monitor is a massive upgrade. It straightway brings the MI Band 5 in competition with some high-end devices. The SpO2 sensor measures the blood oxygen level in real-time. This might be useful for people with specific medical conditions.

This sensor also improves sleep tracking. With some software algorithms and understanding, it can provide you with comprehensive feedback about your sleeping patterns.

The addition of a Personal Activity Intelligence depicts that it is a health-centric tracker. It provides you with a score from 1 to 100, based on your activity throughout the day. For the health-conscious females, the device can also track their menstruation cycle, giving reminders for the same.

In China, the basic version is available for around $30.

The one with both NFC and voice assistant costs around $35.

For some reason, the global version of the device does not support NFC, voice assistant, and the oxygen-tracking sensor. It might be a considerable caveat and affect sales as well.

The removal of sensors from the global version makes the device somewhat similar to its predecessor. The MI Band 5 is recommended to someone who does not own the MI Band 4. But if you already do, you might have to give a thought before buying this product.