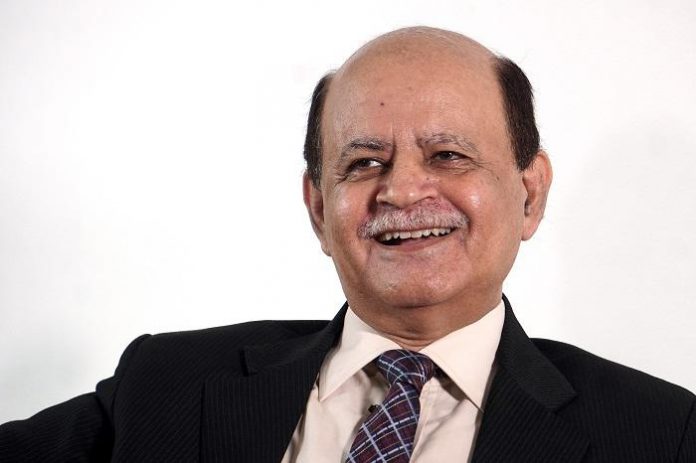 Spotlight on 5G in India | TelecomDrive.com

With telecoms and enterprise moving forward to embrace the next generation in communications technology – 5G is going to play a critical role towards driving productivity to the next level and Industrial Internet of Things or IoT is right in the middle of this 5G revolution in India.

Zia Askari from TelecomDrive.com speaks with Lt Gen Dr. SP Kochhar, Director General, COAI about the astonishing success of India’s telecom story, how the industry is looking forward to embracing 5G and what are the most relevant use cases of 5G going to be in India.

India’s telecom story is quite astonishing and has been a leading light for many other countries. Where do we go from here now?

The growth of telecom in India has been astonishing over the past few years. With a subscriber base of more than 1.2 billion, India now stands as the second-largest telecom market in the world, not only in terms of mobile and internet customers but also on the number of app downloads. The industry is a major contributor to the country’s GDP. It is set to grow as the second-largest smartphone market globally by 2025 and is also expected to have 88 million 5G connections by 2025 (GSMA).

Lower tariffs and the availability of affordable smartphones were among the key factors that contributed to the wider adoption of wireless technologies in the country. Liberalized government policies like the National Digital Communications Policy (NDCP) 2018 is expected to boost growth and enhance foreign investments in the sector. Earlier this year, the government also raised the FDI cap for telecom from 74 percent to 100 percent.

While the outlook is positive in many aspects, the industry, in reality, is going through tough challenges. The Indian telecom companies, known for the lowest tariff in the world, are grappling with several challenges such as Low ARPU, competition from unlicensed OTT players, high spectrum pricing. The upcoming months are very crucial for the telecom industry as the government has announced spectrum auctions.

We emphasize on the fact, that telecom networks are integral to pursue the ambitious digital projects that the Government of India, under the leadership of Prime Minister Narendra Modi, has envisioned. Thus, the future of Indian economy greatly depends on how telecom evolves in the coming months.

How does COAI look at today’s telecom market in India? Are there more challenges or opportunities here?

The telecom market in India promises huge potential, but it can be realized only if the industry gets over the financial and regulatory constraints. While there are challenges, opportunities also exist. During the pandemic, we saw how telecom and IT took over almost all the activities performed by humans at workplaces digitally.

Almost all sectors were able to evolve quickly to manage this crisis only because they had a robust telecom infrastructure to rely on. Teleworking, online education, e-commerce, smart factories, and others – the list goes on. Now, this trend will continue as citizens have adopted them as part of their lives, leading to the importance of telecom networks even more crucial for the normal day-to-day functioning of the society.

With 5G at the doorstep, a number of use cases are being developed. 5G networks are known for their higher capacity and lower latency, so it can support data-intensive applications. In India, 5G is set to dramatically transform the industrial, farming, healthcare and government sector. Modern technology trends like Internet of Things (IoT), Edge computing, smart factories, smart homes, telemedicine and various applications supported by Artificial Intelligence (AI) are the emerging 5G opportunities that can radically transform the economy of India in the coming years. With the Prime Minister’s vision of making self-sustainable communities through digital empowerment, telecom infrastructure is expected to get all the backing from the government.

How do you look at 5G (and its localized use cases) as a key enabler for India’s digital enablement? How are operators gearing up to enable this in the near future?

The fifth generation of network technologies (5G) is believed to be faster, smarter and more efficient than 4G. With 5G offering 10Gbps data rate (10 to 100x improvement over 4G and 4.5G networks), 1-millisecond latency, up to 100x the number of connected devices per unit area (compared with 4G LTE), 99.999% availability, 100% coverage, and 90% reduction in network energy usage compared with current technologies, new use cases can also be developed. India, on its path to becoming a fully digitized economy and can leverage the power of 5G to create new opportunities and bring inclusive development across the multifarious section of the society.

Industrial IoT is one of the focus areas of 5G in India. IoT in India is estimated to grow rapidly to achieve around 2.7 billion IoT units in India by the end of 2020 and around 100 billion units by 2035. Fleet management, asset tracking, smart metering and connected vehicles are some of the current use cases of IoT in India. IoT will move to the center stage with 5G.

With 5G launch expected in 2021, new use cases are likely to evolve. Sectors like farming, healthcare, education, utilities, and more will be the top beneficiaries. In farming, the high-speed 5G network with near zero latency can support the use of sensors in crop monitoring and related applications. For healthcare, remote surgery, 24×7 patient monitoring and teleconsulting are some of the immediate possibilities. With vast network coverage, 5G can support the online education initiatives in rural India, a key mission undertaken by the Digital India project.  Similarly, digital banking that has gained significant momentum during a pandemic is expected to get wider coverage with the ubiquitous connectivity offered by 5G.

The impact of 5G on public infrastructure will be huge. Smart cities characterized by connected roads, energy networks and smart homes are integral components of modern, developed society. In India, the transformation has already begun. To take that forward, we need a robust 5G ecosystem supported by all the stakeholders including the Government. The industry also needs regulatory and financial backing from the government.

What are some of the big challenges that you see in India’s telecom turf today? How is COAI helping the industry here?

The biggest challenge facing the telecom industry is the financial health of the sector. .  A number of factors can be attributed to this:

In view of the current concerns, COAI has urged the government to intervene and support the industry by adopting a number of measures including the refund of unutilized input tax credit or granting the TSPs soft loan at MCLR rate with GST input credit as collateral. COAI also urged the government to rationalize the regulatory levies, by reducing the effective rate of the Spectrum Usage Charge (SUC) by 3% and reducing the licensing fee to 1%. Another key demand from the industry is to enact a uniform Right of Way (RoW) policy across all the states in India. Also going forward, there is need to look at redefining the AGR definition, so that its implications doesn’t not impact the industry adversely.

Our PM has launched the “Aatmanirbhar Bharat” initiative. Where are we today on this and moving forward, how can India’s telecoms embrace this and truly become self-reliant?

India is blessed with plenty of natural resources and manpower. With the right technology support and government backing, telecom industry can take the lead in Aatmanirbhar Bharat initiative launched by Prime Minister Narendra Modi. With 5G being the next big wave for telecom, India has set an ambitious plan to establish 5G manufacturing facilities, backed by both the government and private players.

The Make in India policy, an integral part of the Aatmanirbhar Bharat, will not only help Indian firms become self-reliant but will also safeguard the nation’s interest on intelligence matters. With telecom network acting as the lifeline of all government and private organizations, the task becomes even more imperative. Traditionally, we not invested heavily in R&D and hence have been left behind in the IPR game, so going forward we have to incentivize R&D if we want to make Atmanirbhar Bharat a reality and we must also consider Open Source as a serious business opportunity and become smarter at trade negotiations. This all has to be supplemented by a supporting ecosystem for businesses, where doing business is easy and convenient from approvals to trade practices.

Government has initiated a slew of measures to encourage domestic manufacturing, including raising custom duty of 5G imports. Such measures will largely benefit domestic players and make cheaper equipment available for the industry. Government also announced Production Linked Incentives Scheme for telecom equipment manufacturing worth Rs 15000 crores, which could be available for five years. Earlier TRAI had also recommended setting up an R&D fund for telecom, but no major steps have been taken on this so far.

In light of the ongoing pandemic and work from anywhere concepts…What are some of the big trends that you think will be important for accelerating success for India’s telecoms in the year 2021?

When a nation confronts a calamity, be it flood, earthquake or an epidemic like the COVID 19, telecom networks take over the primary function- communication- and help the authorities deal with it effectively.  Unlike the other calamities that are short-spanned, COVID has been here for months, and its impact will be visible across the globe for at least a decade. Thus, the industry should be prepared to address the ongoing and emerging needs from across all verticals.

The most notable impact is the shift toward work-from-home culture. India Inc. has quickly adapted to the remote work culture, all thanks to digital technologies and the availability of cheaper data services from the carriers. Since the nationwide lockdown imposed in March, there have been 24-28% jump in demand for mobile and internet services in residential areas of tier two and three cities. As a result, the hiring of engineers and maintenance and repair executives has increased by 18-20%.

However, connectivity and bandwidth constraints are impacting the services in many places. Last mile connectivity is still a problem in sub-urban and rural areas. Telecom providers confront several regulatory hurdles such as RoW while rolling out fiber in many places. The myths associated with cell tower radiation have emerged as yet another roadblock for ensuring connectivity in both rural and urban areas.  These concerns demand immediate attention from the authorities.

It won’t be an exaggeration to say that the health of the country is decided by the health of its telecom network. In today’s digital era, where every task is controlled by machines, and almost every machine is connected by telecom network, nation’s progress rests on telecom infrastructure. Thus, we hope 2021 will be the year of Telecom and that the telecom industry gets the right deal from the government and regulatory body.

The interview is published in the December 2020 issue of Disruptive Telecoms.