Coming from China and speaking a globally well accepted and unique language of innovation – OnePlus has surely come a long way and today it is driving a lot of innovation with the help of its flagship devices.

Driving availability for its innovative range of smartphones to different corners of the globe – OnePlus is partnering with global telecom operators such as Elisa in Finland, Sprint, T-Mobile in the US and BT in the UK.

We are presenting seven of the bigeest announcements made by OnePlus during 2019.

Taking Fast and Smooth to the next level, combining years of design and battery knowledge, China’s technology major, OnePlus is introducing the OnePlus Warp Car – an electric supercar.

Printed using SLS 3D and ABS 3D printing, the OnePlus Warp Car is designed around the idea people can build on the design at home, adding new features and replacing worn out parts.

Really moving the industry forward, OnePlus has found a number of ways to integrate smartphones into the OnePlus Warp Car, in ways never before seen in the automotive industry, including replacing the steering wheel with a smartphone.

In-car control is done via gestures on your smartphone, making previously complicated concepts like steering very simple – swipe left to turn left, swipe right to turn right – you get the idea – swipe up to go forward, and swipe down to reverse, and in the first OTA we’ll introduce airplane mode for driving mode so you won’t ever again suffer from dismissing a notification and accidentally turning the car.

OnePlus Warp Car Charge means you have a day’s power in just 20 minutes – in addition, as you’d expect you can use existing OnePlus smartphone chargers, simply plug in 20 regular OnePlus Warp Chargers and you’ll be good to go in a day or so.

OnePlus announced its 5G plans with the Finnish telecommunications network carrier Elisa, to deliver a 5G device during the second quarter this year – making it among the first 5G devices in the Finnish market.

Elisa is the second carrier partner OnePlus has announced, following EE in the UK, as it continues to advance 5G, bringing the best technology to people all over the world.

Elisa was OnePlus’ first-ever carrier partner, and the relationship continues to grow with the launch of 5G. Elisa will also be amongst the first to launch a commercial 5G network in Finland making it the natural partner for bringing new technology to the Finnish market.

5G’s improved speed, better latency, and increased capacity unlocks a new world of possibilities. Cloud gaming will become a reality with high-end graphics delivered by a combination of cloud computing and device-side processing – high quality gaming will no longer be limited to your home or on expensive laptops/consoles. Combined with powerful OnePlus devices, people will be able to play advanced games on the fly with the power of 5G.

OnePlus announced its latest premium flagship devices, the OnePlus 7 series in India, redefining fast and smooth with the latest technology which pushes the boundaries of the smartphone experience.

Featuring the most advanced smartphone display in the industry, the OnePlus 7 Pro delivers the best overall premium user experience through a combination of hardware and software. It is loaded with the most powerful technology OnePlus has ever developed and has been tweaked and optimized to a point that exceeds one’s expectations for a flagship.

Redefining Smooth on a Bigger and More Immersive Display

The OnePlus 7 Pro features an industry-leading super smooth 90Hz display, meaning the screen refreshes at ninety times a second for a seamless experience. Whether you’re gaming or watching a film, the 19.5:9 aspect ratio screen delivers incredible quality at QHD+ on a fluid AMOLED display.

The screen shows stunning detail at 516 pixels per inch, with 4.49 million pixels working to bring crisp and accurate colours. With HDR10 and HDR10+, content from a range of streaming sources can be enjoyed in the best possible quality with subtle gradients and rich details.

For an immersive feeling the 6.67-inch curved glass stretches across the entire front of the device, uninterrupted, flowing over the edges. OnePlus has reduced the bezels on all sides of the handset. The OnePlus 7 Pro has earned DisplayMate’s highest A+ rating, making it one of the very best smartphone displays on the market.

The OnePlus 7 Pro features an ultra-slim profile with tapered edges on both the front and rear of the phone. The graceful curves are achieved through extensive testing with incremental changes made each time to reach perfection, even if this meant creating entirely new prototypes each time. This is a phone that’s designed to be held, with an ultra-slim profile that simply becomes one with your hand.

Triple Cameras: A Lens for every moment

The cameras on the OnePlus 7 Pro is the most advanced and capable camera set we’ve ever created, bringing you breathtaking results for every scenario. Whether you’re trying to capture a wide field of view, an object far in the distance, or a stunning portrait, the OnePlus 7 Pro camera has got you covered.

OnePlus has developed a powerful algorithm called Ultrashot, which takes advantage of the sophisticated new camera hardware. It uses AI algorithms, pixel binning, and other photo treatments to preserve the fine details present in your pictures and keep them clear and sharp even under low-light settings.

The OnePlus 7 Pro is equipped with a stereo dual-speaker system with an enlarged power amplifier for better sound quality. We worked closely with Dolby to ensure that our users will always have the most satisfying listening experience when watching their favorite entertainment content, such as movies, TV shows, and games.

Sprint 5G is currently available in areas of Atlanta, Chicago, Dallas-Fort Worth, Houston and Kansas City, and the company expects to launch service in areas of Los Angeles, New York, Phoenix and Washington, D.C.

The facility will not only play a critical role in the development of Artificial Intelligence and Machine learning in OnePlus products but will also drive innovations that are centric and relevant to the company’s Indian community. Moreover, it will also leverage the experienced and ingenious talent from Hyderabad, one of the biggest IT hubs in the country.

Apart from having some of the most passionate OnePlus community members, the city is also one of the most active start-up zones in the country, especially in the space of emerging technologies. It offers a sizeable pool of talent that the global smartphone maker sees great value in deploying and honing to suit the needs of its signature premium consumer experience 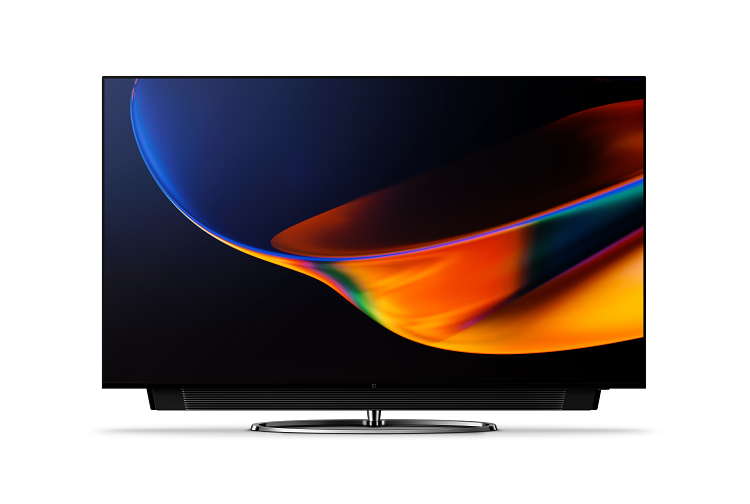 Following the launch of the company’s OnePlus 7 series earlier in the year, OnePlus extended its flagship excellence by bringing its signature buttery-smooth 90Hz Fluid AMOLED display to all of its flagship devices.

The Shenzhen-based technology company has, since founding in 2014, been making flagship devices only to deliver the best Android flagship experience possible to its users. With the launch of its latest flagship products with robust performance, bold designs and an ultra-smooth display, OnePlus aims to enrich the digital experience of consumers across the globe by challenging the incumbents in the smartphone sector with a premium flagship experience.

This is the OnePlus 7T, our bold new take on flagship excellence. From its stunning design to its robust software and hardware such as the industry-leading 90Hz refresh rate display, the OnePlus 7T is built to impress in every way possible and deliver a fast and smooth flagship experience.

The launch of the OnePlus TV brings more than a premium television set, offering industry-leading picture and sound quality, stunning exterior design and a curated streaming experience. OnePlus has redefined what role the TV plays in the home through a seamless connection between the smartphone and TV.

The OnePlus TV introduces a new device built to be the central hub of a connected smart home, integrating the different technological aspects of everyday life by converging mobile with space-based technologies.

The OnePlus TV is the company’s first step into the connected home market, bringing seamless and intelligent interactions with immersive content consumption into the center of the home.

OnePlus adds to its premium line-up of devices, the OnePlus 7T Pro running on OxygenOS 10.0 software to deliver a fast and smooth experience like never before.

OnePlus pioneered the 90 Hz Fluid Display and it returns on the OnePlus 7T Pro, with an edge-to-edge display for seamless viewing. Whether you’re browsing the web or scrolling through photos, every touch is smoother and more seamless in ultra-responsive 90 Hz.

With QHD+ resolution, The OnePlus 7T Pro’s spacious display is also incredibly clear with an impressive 3120×1440 resolution for 516 pixels per inch. A layer of gently-curved glass extends from edge-to-edge, providing a first-class look and feel for an immersive viewing experience.