With the Swedish telecoms gear manufacturer, Ericsson taking the court route to register its complaint on an alleged mobile phone technology patent infringement, Xiaomi’s Indian online distributor, Flipkart.com is barred from selling its products online. This may thwart the meteoric rise of Xiaomi smartphones in India.

As part of hearing of this infringement case, the New Delhi High Court has ruled that Xiaomi’s Indian distributor, online retailer Flipkart, is prohibited from selling the Chinese company’s phones while the court hears Ericsson’s complaint. The next hearing in the case is scheduled for 5th Feb, 2015.

In a statement released to the media Ericsson claimed that it is unfair for Xiaomi to benefit from Ericsson’s substantial R&D investment without paying a reasonable licensee fee for the company’s technology.

“After more than 3 years of attempts to engage in a licensing conversation in good faith, for products compliant with the GSM, EDGE, and UMTS/WCDMA standards Xiaomi continues to refuse to respond in any way regarding a fair license to Ericsson’s intellectual property on fair, reasonable and non-discriminatory (FRAND) terms. Ericsson, as a last resort, had to take legal action,” the statement added.

Ericsson statement further went on to add that in order to continue investing in research and enabling the development of new ideas, new standards and new platforms to the industry, the company must obtain a fair return on its R&D investments.

“We look forward to working with Xiaomi to reach a mutually fair and reasonable conclusion, just as we do with all of our licensees. Since this is an ongoing legal process we do not have any more comments on this matter at the moment.” The statement added.

Is it important to note that in an almost meteoric rise, Xiaomi is claimed to have sold more than 800,000 smartphones, mostly through its ‘flash sales’ approach – including the popular Mi3 and low-cost Red Mi 1S, in India since the company’s launch in India, in the month of July 2014.

TelecomDrive Bureau is headed by Zia Askari. He can be reached at [email protected] 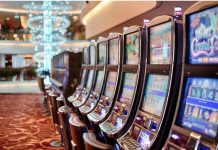 Is there a history involved in Slot Machines