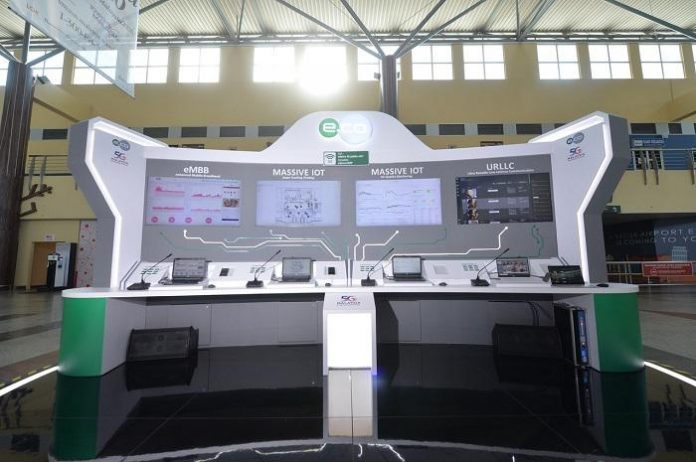 In collaboration with US-based Peatalk Corporation, edotco has installed a fully operating 5G network based on 3.5 GHz C-band spectrum to provide coverage inside Langkawi International Airport. In addition, the backhaul solution from Peatalk also includes millimetre wave transmission technology operating in the 70GHz band for over more than 10km without loss of signal integrity. The network is a software-defined network-setting reference point for the industry that can continue to facilitate future 5G rollouts.

The network was capable of speeds of up to 1.5Gbps. In addition, the success of this implementation using alternative technology vendors opens the way for Malaysia to adopt 5G extensively as an enterprise connectivity solution for major industries. edotco believes that private networks, essentially a standalone deployment of 5G for a location typically for industrial use, will be a major component of the 5G story.

“Today, Malaysia stands at the forefront of next generation connectivity. edotco, together with Peatalk, is pioneering the country’s first 5G private network at Langkawi International Airport. Through the various applications demonstrated, it is clear that 5G has the ability to improve operational efficiencies that will open further opportunities forvarious industries. At the same time, it will advance our nation’s digital ambitions as we track towards our 2030 Shared Prosperity Vision,” said Wan Zainal Adileen, edotco, Chief Regional Officer for ASEAN South.

According to a World Bank study, a 10 per cent increase in fixed broadband penetration can increase a developing nation’s GDP growth by 1.38 per cent. A recent study by the Malaysia Institute of Economic Research (MIER) also revealed that the implementation of 5G can contribute approximately RM12.7 billion to the national GDP as well as create about 40,000 new jobs between 2021 and 2025. edotco Malaysia is one of eight companies currently participating in the 5G Demonstration Project (5GDP) that covers nine verticals across six states in Malaysia.

Wan Zainal Adileen added “The demonstration reflects edotco’s capabilities and ability to pave the way for a robust 5G ecosystem across industries. Applications deployed by the infrastructure has proven to increase speed and lower latency of 5G networks, further enabling improved productivity and operational efficiencies across the board.”

A robust and efficient 5G ecosystem requires a refreshed take, one that promotes shared infrastructure, industry collaboration, and revision of policies among others. To date, edotco’s efforts around next-generation technology include the rollout of the world’s first multi-operator, multi-technology indoor solution at KL Sentral, smart city solutions including smart lamp poles and smart bus stops, and in-building solutions that increase capacity in densely populated urban areas.