AceAxis, a developer of wireless technology, has launched a millimetre-wave test system, initially targeted at 28GHz, for characterising the RF performance of prototype high-frequency components and systems for 5G. 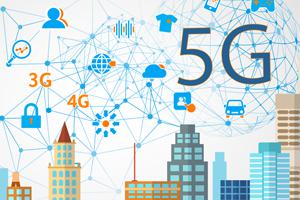 The new modules offer a compact, flexible solution for the emulation and aggregation of very wideband 5G radio channels at millimetre-wave frequencies. The modular design means that it is fully configurable to meet current and future standards and frequency bands.

“Our Millimetre-Wave 5G Test System is extremely versatile,” said Steve Cooper, CEO of AceAxis. “It can be used by operators and OEMs for laboratory RF testing of base station sectors, and also for the evaluation of prototype mobile terminals and baseband chipsets, since it can emulate 5G radio performance in either uplink or downlink functions.”

The compact, rack-based Millimetre-Wave 5G Test System comprises five individual 1U modules, and is expandable to scale for additional capacity and frequency bands. The units supplied as standard include: two AceAxis Ultra-400+ radio modules; a +10dBm 400MHz – 6GHz wideband output module; a 2 x 8:1 combiner module; and a 28GHz Millimetric Converter Module with an output bandwidth of over 1GHz. The wide bandwidths of both the radio modules and the millimetric converter mean that up to eight 100MHz carriers can readily be aggregated into a single 800MHz carrier.

Initially being launched with an operating frequency in the 28GHz band, modules can also be supplied for the planned 39GHz and 60GHz bands, and also for any other potential 5G millimetric bands, including 78GHz, when required.