Phone brands are making a habit of releasing new devices every now and then. If you are one of those people who love sticking to one device until it starts to malfunction, then, it’s probable that you may miss up to 10 or more new mobile devices before you buy another device.

While most users were still trying to learn all there is to learn on the Note 8, Samsung quickly announced that a new device is on its way i.e. the Samsung Galaxy Note 9. For those who were still saving up some money in order to purchase the Note 8, the coming of the Note 9 soon after the release of the Note 8 means you probably have to ditch your plans for the Note 8 and settle for the newer brand.

Samsung states that the Samsung Galaxy Note 9 comes with some updated features which makes it a good choice for users. For starters, the device comes with a higher screen resolution that’s perfect for gaming whether playing casino games at PayPal online casino or just enjoying social games on your device. There is also an on-screen fingerprint scanner as well as a lasting battery.

Sony developers have been working overtime in 2018 owing to the number of mobile devices that they released. At the turn of the year, Sony dominated the headlines after releasing the Sony Xperia XZ2.

Alphabet is fast joining the big guns in the mobile phone industry as it continues to release its own devices. After some time working in the background, Google released its newest mobile device yet i.e. Google Pixel 3. Unlike other devices being developed nowadays, this device from Google does not come with a lot of features and apps, it’s pretty simple, to say the least.

The only major thing that users can expect when they purchase this device is a camera that captures incredibly beautiful pictures. For those still making up their minds on whether or not to purchase this device, you might want to wait a little bit as Google Pixel 3 XL is on its way later this year. 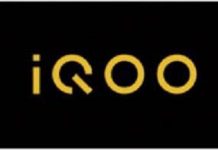 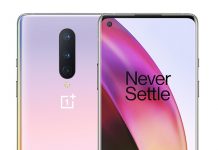